Recently got to sit down with South Bend Mayoral Candidate Oliver Thomas. I was really impressed with his knowledge of the city as well as his compassion to his work as a social worker for the South Bend Community Schools. Below is some information about Oliver Davis and questions he answered for VOTE411.org by the League of Women Voters.

What is your top priority if elected mayor?

As our next Mayor of South Bend, Oliver Davis will work together with the South Bend Common Council to Champion the following (7) Keys to display all that our City of South Bend has to offer:

What skills and experiences qualify you to serve as mayor?

The outgoing mayor has argued that South Bend has transformed from (what some labeled) a “dying city” to one with robust development and population gain. Do you agree with this assessment of the past seven years? If so, what will you do to continue this progress? If not, why not, and what needs to be done differently?

The nearly 8 years of success which Mayor Pete Buttigieg experienced was grounded in the difficult & challenging decisions which were made by Former Mayor Stephen Luecke & by those of Us who served as members of the South Bend Common Council who worked to navigate South Bend through the Financial Crisis which was experienced not only in South Bend during the 1st decade of the 2000s, but throughout our State of Indiana & in the United States. Since the close of the Luecke Administration, the City of South Bend has been able to have an AA credit rating with Standard & Poor’s, a global financial rating agency. An AA credit rating is a designation that means the borrower has a “very strong” capacity to meet its financial commitments according to Mr. Herschel Frierson, Managing Director at Crowe, LLC. Oliver has & will continue to advocate for our City Leaders to prepare for the 2020 fiscal cliff by making sound fiscal decisions & being creatively cautious with our TIF & other city funds.

As mayor, what specific steps will you take to build strong and prosperous neighborhoods throughout the city of South Bend?
As Mayor, Oliver will continue to demonstrate the passion & the zeal that he had in promoting strong neighborhoods in his 12 years on the South Bend Common Council, as Chair of the Zoning & Annexation Committee & as a Commissioner on the Area Plan Commission. Oliver fought to establish a Permanent Solution to the neighbors who were experiencing Flooding near the Ethanol Plant in South Bend. Oliver was the first elected official who advocated to save Elbel Golf Course & to preserve the Potawatomi Park Land Space from having Fire Station #9 built upon that location. Oliver also fought to keep an Auto Shredder Company out of the Rum Village Neighborhood due to his belief that it would cause Fire Safety challenges & other hazards from which the people of New Carlisle, IN are currently suffering. Thus, Oliver will continue to work with the Neighbors & City Leaders and fairly apply Zoning & Housing laws for our diverse neighborhoods in South Bend to continue to grow & to be prosperous.

As mayor, how will you encourage development outside of the downtown area and improve the quality of life for residents from all socioeconomic groups?
Oliver was very supportive & an advocate for the Pokagon Tribal Council’s development that is greatly re-energizing the Southwest Side of the City of South Bend. “On behalf of the Pokagon Tribal Council, and all Pokagon citizens, we’d like to thank the BIA, Mayor Pete Buttigieg, former & active South Bend Common Council members, Councilman Oliver Davis, members of the Michiana Pokagon Alliance, and all of the local citizens and organizations that have supported us during this lengthy process,” said John P. Warren, Former Chairman of the Pokagon Band of Potawatomi Indians. Oliver has supported initiatives which promoted the growth of business on Western Ave. He also voted to establish Innovation Park at Notre Dame and Ignition Park. During his 15 years on the TRANSPO Board of Directors, Oliver has worked to promote Transit routes & services to help meet the needs of our passengers to get to work. Oliver will continue to work to promote development throughout our City of South Bend.

Is there a signature project (e.g. 1,000 Houses in 1,000 Days or Smart Streets) that you would advance if elected mayor?
The Bow-Tie is Oliver's key symbol which stands for "Tying Our Future Together in South Bend!" These seven (7) words speak to how we will "Tie" Together the Future of our Six (6) districts & our (1) Downtown area in South Bend during the tenure of Oliver's leadership to our City of South Bend as our Mayor. Through the seven (7) priority keys of the Mayor of South Bend, Oliver Davis will establish collaborative groups within the six districts & one in downtown area to work together with the neighborhoods associations & business groups, South Bend Common Council, and various organizations that will help to strengthen each district/area and ensuring that the City of South Bend's Budget reflects what it will take each year to ensure that we are truly "Tying Our Future Together in South Bend", which is an awesome way for us to have many "Beautiful Days in Our Neighborhood" in a manner which would make Mister Fred Rogers proud of our neighborhoods that are within our City of South Bend.

What, if anything, can the Mayor of South Bend do to tackle the problems of poverty and homelessness in the city of South Bend?
The Mayor of South Bend can set the "Tone of Compassion" for the City of South Bend. Oliver, in his leadership role as an elected Councilman on the South Bend City Council for 12 years & as a licensed clinical social worker for 20+ years, has worked to set the "Tone of Compassion" by passing a resolution in 2018 to ensure that South Bend will start its Weather Amnesty Programs on time, passing a resolution in 2017 & in 2019 to consider employing people who are panhandling to help to beautify the City of South Bend like other cities such as Indianapolis, IN & Albuquerque, NM have had success in doing & by serving on the Michiana 5 for the Homeless Board of Directors in South Bend. Oliver also advocates that the Gateway Center not be placed right in front of the Oliver Apartments, which is a housing first initiative to help people who are homeless. Oliver believes that the Gateway Center, if not housed in the old Salvation Army Building, should be at diverse sites throughout our City.

The violent crime rate is down citywide, but many residents continue to feel besieged by senseless violence. What specific suggestions do you have to curb violence or make citizens feel safer?
Serving on the South Bend Common Council, Oliver has always voted to support the funding of our Police and Fire Departments for they are at the forefront of helping to promote our public safety in our City of South Bend. As a licensed clinical social worker, Oliver strongly believes that enhancing our communication between our Police, our Youth, & our Parents during times of peace remains a key need to help us during our times of Crisis. Thus, having a Police officer full time in our middle schools & in high schools instead of part-time is a key resource to empower our Youth learn how to trust our Police during peace times. Furthermore, promoting Neighborhood Block Captains, both in our Community & Neighborhood Block Captains on Line - Facebook, Snapchat, Twitter, & on other online settings helps us to be proactive in learning about crimes prior to them taking place & helping us to more readily solve crime when it does occur. Promoting youth who keep the law is very important.

Next Is Porphyromonas gingivalis causing Alzheimers 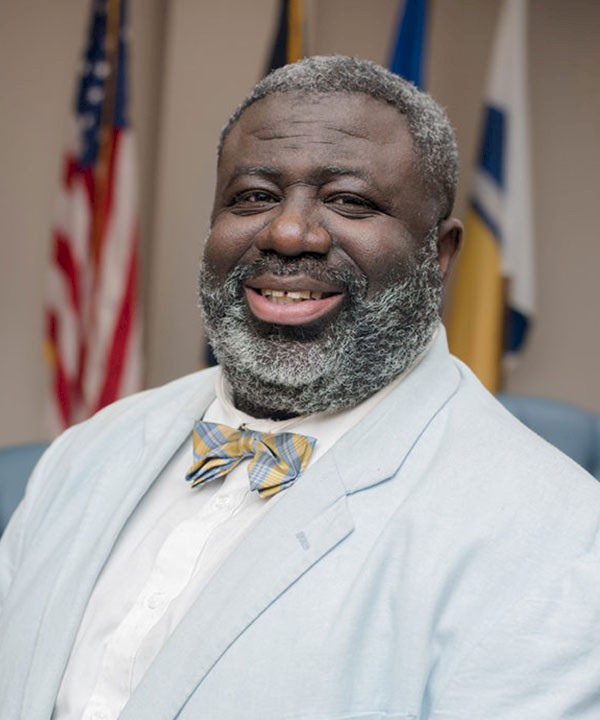